Sam is a bouncer named Buster, helping a stripper with the stage name of Bunny O’Hare (played by Julie Brown) either rescue a baby to return to her rightful mother, or outright kidnap it. Sam is not sure, but more and more truth is revealed as Sam and Bunny and baby Christie make their way from Texas to Clayton, New Mexico with the baby’s father on their trail.

Sam Fain and Dennis discuss the episode, and take their usual tangents to talk about how Dr. Beckett has the tendency to fat shame some of his leapees, agism, sexual politics, and the patriarchy.

Sam is Peter Langly, an FBI agent assigned to Dana Berenger, a woman in the Federal witness protection program after having testified against her former boss and criminal, Nick Kochifos. In the original history, Dana was killed by Nick, who had somehow been able to find her twice before despite her being in witness protection. Sam must figure out if there is a mole in the FBI giving information to Nick, and prevent Dana’s death – the time of which keeps changing every time he makes a change in history.

Sam and Dennis discuss the episode.

We frequently use these references: Beyond the Mirror Image: The Observer’s Guide to Quantum Leap, available at http://www.lulu.com/us/en/shop/matt-dale/beyond-the-mirror-image/hardcover/product-23098157.html

Sam leaps into Leonard Dancey, a lawyer in 1957 Louisiana. Talk about a poorly-timed entrance: He arrives just as the leapee is being asked for Guilty or Not Guilty plea for his client, a black woman named Delilah Berry. Delilah (Lila) is on trial for the murder of Houston Palmer Carter. When Sam looks at her and makes a split-second decision to plead Not Guilty, he changes history, and sets out to prove her innocence.
Guest Christopher J. Steward returns to help Sam Fain and Dennis discuss the episode.
Content warning: Strong language and themes in regards to the discussion of racism.
We frequently use these references: Beyond the Mirror Image: The Observer’s Guide to Quantum Leap, available at Lulu.
and
The Quantum Leap Wiki
Our website: www.fwwquantumleappod.com
Our Patreon page: www.patreon.com/fateswidewheel
Facebook: www.facebook.com/fateswidewheel
Twitter: www.twitter.com/fateswidewheel
Instagram: www.instagram.com/fateswidewheel

Sam is Jimmy LaMotta, a learning-disabled young man in 1964. Sam is there to help Jimmy keep and maintain a job so that Jimmy does not have to return to an institution. Previous guest, Christopher J. Steward, returns to discuss the episode. Michael Madsen guest stars as Michael Madsen. (Just kidding, he’s playing a character called “Blue”, but come on, he’s Michael Madsen.)

Programming note: The word ‘retarded’ is used once in our discussion to clarify its use in the TV episode, and thereafter referred to as “the R-bomb”. (Thanks, Christopher, for coining that term.)

Sam leaps into David Basch, a rabbi in California. David’s brother and sister-in-law’s marriage is coming apart due to the death of their oldest child a year ago. In fact, Al tells Sam, in two days, “his” sister-in-law, Irene, will have an affair that will end their marriage, which he must prevent.

Sam leaps into Andrew Ross, the “Ray Charles of classical piano”, according to Al – Andrew, you see, is blind. Sam is there to save Andrew’s friend, Michelle, from being strangled in Central Park the following night. But in the meantime, he was to pretend he is blind, contend with Michelle’s overbearing mother when she discovers “Andrew” can see, and – most importantly – play Carnegie Hall.

Sam Fain and Dennis discuss what they call the first “regular, formula” episode of the series, what it owes to the serial killer tropes so popular in the 80s, and Dennis reveals what scene from this episode his college friends totally stole for their ultra-low-budget horror movie.

Sam is Samantha Stormer, an executive assistant at the National Motor Company in 1961 Detroit. Trapped in a body of a beautiful woman, Sam must endure sexual harassment from his boss, and stop Samantha’s best friend, Gloria, from committing suicide after learning her married husband will never actually leave his wife. Meanwhile, Al struggles with having his best friend having the appearance of a gorgeous knock out.

We would be remiss if we didn’t also note that this episode deals with the topic of suicide. If you or anyone you know need support, please call The National Suicide Prevention Lifeline at (800) 273-8255 (In the U.S.A.; for listeners in other countries, please visit the International Association for Suicide Prevention.) 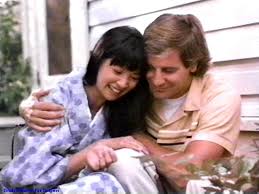 Sam is Charlie MacKenzie, a Korean war vet returning home to Oak Creek, Ohio…with his new bride, Machiko. Sam must get Charlie’s mother to accept the new member of the family, while also contending with an ex-girlfriend determined to win Charlie back, as well as a prejudiced WWII vet determined to harm Machiko.

Sam Fain thinks he doesn’t have much to say about this episode at the outset, but it turns out he actually has quite a lot to say. Dennis has an endearing personal story about his mom taping the Comedy Central Roast of William Shatner for him, and Sam thinks that two minute story has more heart than this entire entry of Quantum Leap.

Your mileage may vary. 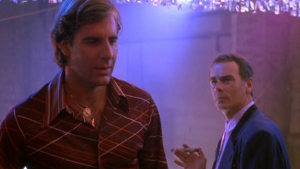 Sam is Chad Stone, a stuntman in Burbank, California. Ziggy says Sam is there to keep Chad’s little brother, Chris, from somehow dying in the next 48 hours. Ziggy’s not sure what exactly kills Chris, however, because he has crashed, put an extra zero on everyone’s paychecks, and half the staff has gone on vacation. Meanwhile, being in the role of a big brother unlocks an unexpected memory for Sam.